Pittsburgh Public Theater (PPT) offers city theatergoers a fantastic night with the fiercely funny A Servant to Two Masters.  Ted Pappas celebrates his 50th directorial performance with one of his favorite plays and it’s not difficult to see why A Servant, was chosen as a celebratory performance.  The classic Italian comedy written in 1749 by Carlo Goldoni and adapted by Lee Hall in 1999 maintains the original lively love story with a mingling of modern language, retro costumes, an updated setting, (Venice 1965) and fun loving Italian folk music.  The show comprises a cast of both PPT returning actors as well as new faces that enliven the stage and keep the audience in stitches from scene one through final bows.

The plays opens with a celebration; Clarice and Silvio are celebrating their engagement with their fathers, Pantaloon and Dr. Lombardi, as well as Smeraldina, Pantaloons’s domestic servant, and the town inn keeper and chef Brighella.  The merriment is quickly interrupted when Truffaldino arrives with the announcement his master, Federigo Rasponi, wishes to see them.  The mood of the party promptly down spirals as we learn Clarice was betrothed to Federigo until his death. She and Silvio fell in love and became engaged thinking no more of her betrothal.   Clarice, played by Erin Lindsay Krom, is darling yet melodramatic as she stomps across the stage in a mod fashioned mini dress,
wailing at the announcement of having to marry Federigo.  Silvio, played by the handsome and talented Patrick Cannon, is desperate to keep Clarice for his own.  He laments to anyone willing to listen to his plight. He is the epitome of Italian lover; slicked back dark hair, designer shoes, gold chains and a stylish paisley jacket, he and Clarice are in the midst of planning a future and like most young lovers are enthralled with each other’s company.  Their randy behavior, pawing at one another whenever they are together, could be seen as lewd but their infatuation is so strong no one will deny them the opportunity to enact their feelings.

The story unfolds with a revelation; Federigo is dead and the person proclaiming to be him is actually Beatrice, his sister.  She is impersonating her deceased brother in hope of securing the dowry Pantaloon agreed to pay for his daughters hand in marriage and securing these finances would aid her effort in the search for her true love Florindo.  Included in the plot with the love triangle is a mess of monkey business carried out by Truffaldino.  Jimmy Kieffer as Truffaldino is a servant to two masters.  Already employed as Beatrice’s servant, Truffaldino, by chance, meets Florindo at the inn.  Florindo, incognito in leather pants and shades fears someone in Venice will recognize him as the man who murdered Rasponi.  Veteran PPT actor David Whalen cast as Florindo, hires Truffaldino as his servant and what follow is a series or ironies, hilarious antics and mischievous undertakings by each character.

The set, unembellished black and white sketches is mounted on a turn table which rotates for quick and seamless scene changes. The contrast between the flair of vintage costumes and the black and white is reminiscent of mod culture.  Audience engagement throughout the show is plentiful and adds to the lighthearted nature of the story.  The music, used as a backdrop between acts and at other moments an accompaniment to the farce, keeps the audience connected to the cast.

What makes A Servant so gratifying are the laughs.  The script is silly, a comedy created from quirkiness, intelligent witticisms, innuendos and a little slapstick.  There is something for every taste in humor.  Still, this wouldn’t matter if not for the precisely perfect cast.  A Servant has no small roles.  Each character compliments the next and is essential to the tightly woven plot.  Diana Michelle Griffith’s lusty disposition as Smeraldina is not too sexy or uncomfortable but at times mildly inappropriate in a fun way.  Truffaldino, performed by Kieffer is a large man whose stage presence is fulfilling but never overwhelming.  Truffaldino is gullible yet loveable and Kieffer launches his comic timing on spot each and every time.  Bill Buell as Pantaloon is the closest the show comes to a villain.  Pantaloon feels obligated to keep his promise to Rasponi, meanwhile, Scott Robertson playing the role of Dr. Lombardi is more protective.  He is empathetic toward the young lovers, and the two characters play off one another with little to no effort.  A PPT debut performer, Bob Walton, is cast as an eccentric artist named Brighella.  Brighella has a flair for entertainment and we watch in awe as he attempts to perfect a four course meal for each of Truffaldino’s masters, in one of the most notable theatrical dinner scenes of all time.

The best part of the show is the final scene.  The audience is directed to open the program to the first page and sing-a-long.  With vim and vigor we sang, swaying slightly, side to side, belting out the lyrics in harmony with the cast.  This uniting moment remind me of just how good it feels to enjoy an honest laugh.

A servant to two masters plays at the Pittsburgh Public Theater thru December 6, Additional info and tickets available Here 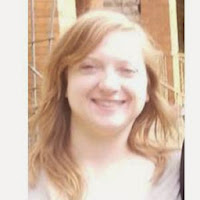