Roving Pittsburgher Report - "Once" Not Enough, Must See Again! Review of Once the Musical March 11th 2014 Performance

"Once" Not Enough, Must See Again!
Review of the Once the Musical’s March 11th 2014 Performance
From:  Roving Pittsburgher Report and PositivePittsburghLiveMagazine.com
Written By:  Stephanie Curtice  |  March 12th 2014

From the get-go, Once the Musical had the audience of the Benedum Center captivated and it remained that way the entire performance. Lacking jazz hands, kicklines, hammy acting and spontaneous group song and dance numbers, Once the Musical felt more like an episode of tv sit-com How I Met your Mother peppered with organic radio-worthy music that was somewhere between the style of the Lumineers and Lady Antebellum. It was awesome. I loved it. And you should totally go see it! 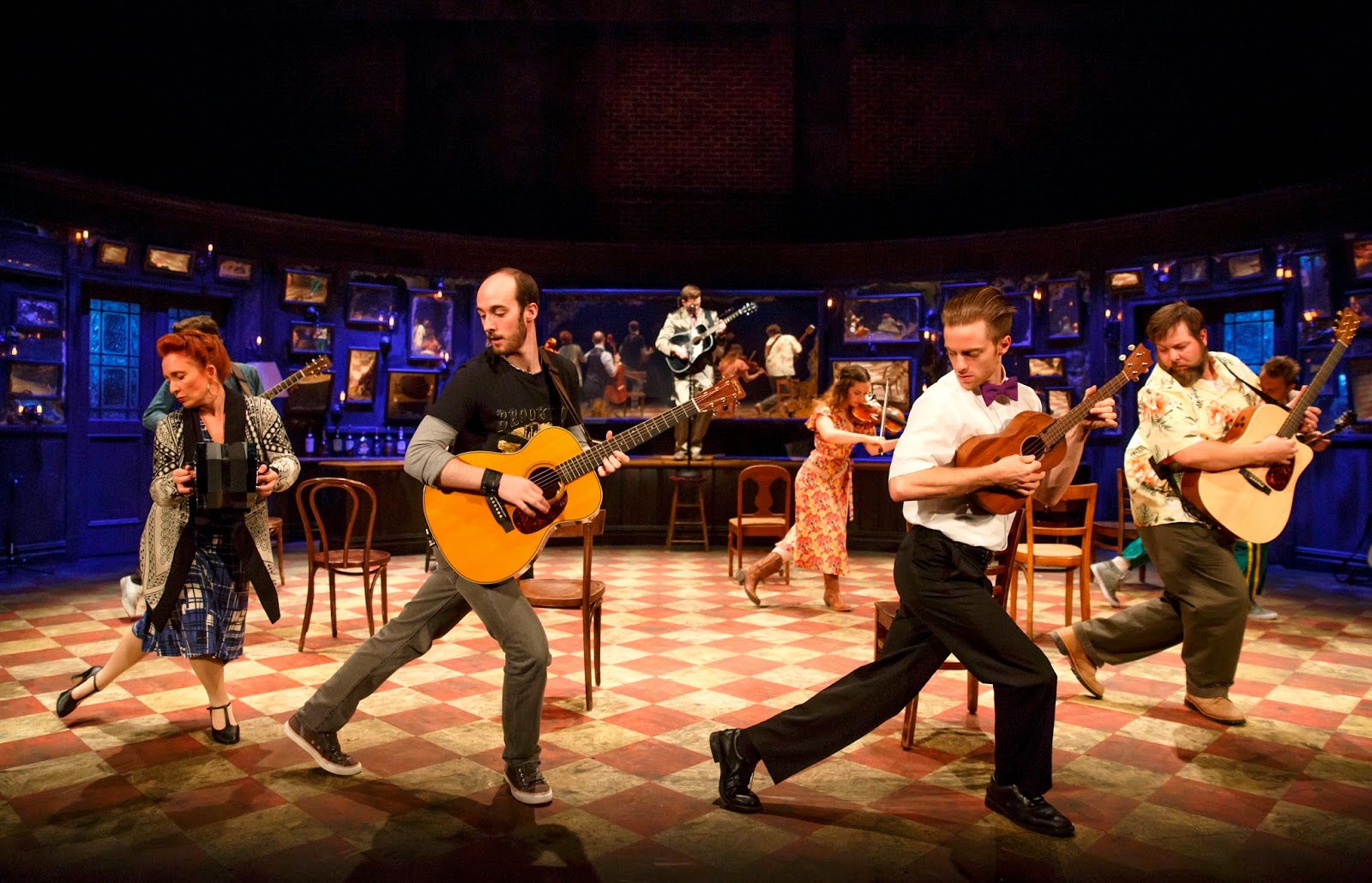 Apparently the show is based off of the 2006 movie also called Once, which didn’t fair so well at silver screen box offices. Obviously I didn’t see it. But I’m telling you the musical is terrific. It is a romantic comedy and romantic tragedy in one. Fresh and set present day;  Witty and tender;  If you’ve ever loved, been heartbroken, felt loss, or felt giddy anticipation, you’ll see yourself in the story and music of Once the Musical. Laughter and tears included.

The very organic and intimate feel of the entire production is initiated 15 minutes before the show begins when audience members can join the cast on stage of the Dublin pub set for drinks and music. As audience members are privately asked to take their seats, the cast continues to play another couple of songs and seamlessly transition into the show. The house lights finally go down a solid 10 minutes into the show as the unnamed Czech Girl enters the pub after hearing the moving voice and guitar playing of unnamed Irish Boy.

The typical romantic story unfolds. Stricken by woes of the heart, Boy swears off playing music; classically trained pianist, Girl has Boy fix her Hoover vacuum, Girl helps Boy piece his life back together; annoyed humoring begets a tentative friendship; friendship begets romantic hopes; but there’s always something that complicates things… life, commitment, bad timing. I won’t give away the ending, but will say true love is powerful.  Equally relatable themes are the importance of family and community:  small family business, loss of a parent, the new life as a widow, struggling to advance professionally.

The content of the show was touching, but how it was delivered was unique as well.  Every character plays an instrument.  Not only are they the cast, but the orchestra too.  And to prove it the pub set is lined with framed mirrors, which showcased the piano playing skills of Girl and brought a dimension to the set that pulled you in more.  To create different scenes great lighting was used and encouraged the imagination of the audience, including when they were on top of the set looking out into the ocean.

The whole experience was a fresh take on "going to a Broadway musical" and it was great.  I loved it so much I came home and downloaded the music on itunes and looked up when the show would be in the cities of my parents and siblings and told them that they had to go.  So I'll say to you too, take a break from kicklines and showtunes, not that I don't love me some traditional musicals, this is a show that you don't want to miss!