Youth is Wasted on the Young

Youth is Wasted on the Young . . . George Bernard Shaw

The prolific playwright, critic, novelist and essayist, George Bernard Shaw is featured with the current production of the Pittsburgh Public Theater’s British Invasion.  Candida, one of Shaw’s earlier works and part of the trilogy penned under Plays Pleasant,  is a study in human relationship’s: husband/wife, employer/employee, poet/enabling wannabe (to the poet) paramour, father –in-law/son-in-law.  Shaw weaves the playful rhythm, tone and wit of language bred from his native Ireland.  Humor is frequent and the audience appreciates the well-phrased and delivered commentary of the then-current societal mores.  While some elements of the conversations appear dated (the use of cant, for example, was last heard in a long ago class on literature) , the majority of the dialogue transcends time, as appropriate in Victorian England as it is in the 21st Century Pittsburgh.

In Candida, the audience is treated to a preview of the characters that will be arguably Shaw’s most recognizable players from Pygmalion/My Fair Lady.  The dissolute Eugene Marchbanks (Jared McGuire)  is a precursor (at least to this viewer) of Freddie Aynsford-Hill;  Candida’s father,  Mr. Burgess (John O’Creagh) is reminiscent of Alfred P. Doolittle, the common dustman with his broad cockney accent juxtaposed with the costume finery of a gentleman after he is thrust directly into middle class morality by Henry Higgins’ recommendation, getting to the church on time.  The audience is reminded that in Shaw, one finds a Nobel Prize winner and an Oscar winner, an unlikely and unique combination of tributes held solely by him.

Candida (Gretchen Egolf), the namesake of the work, is a beautiful woman who is coveted by both her husband, The Reverend James Mavor Morell (David Whalen) and Eugene, the young poet who is clearly enamored with her.  Candida appears to be initially oblivious of being the object of Marchbanks’ attentions, almost like a cat playing with a mouse.  Later, we realize she is much more self and situationally aware.

Her husband, also initially oblivious, is astounded when his wife demonstrates an insight on his relationship with his trusted assistant and the reason for his popularity as a much sought after orator.  The cast is rounded out by Meghan Mae O’Neill playing the long suffering Miss Proserpine (Prossie) Garnett and Matthew Minor as The Reverend Alexander Mill, assistant to Vicar Morrell.

The play is set in Victoria Park on the outskirts of London at the turn of the 20th century spanning a single day in the study and sitting room of St. Dominic’s Vicarage.

Candida is directed by the venerable Ted Pappas and continues at the O’Reilly Theater through May 18th. 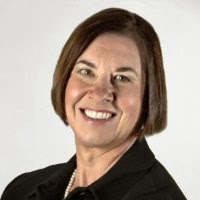 This  review of Candida was written by Joyce Kane on behalf of Positively Pittsburgh Live Magazine and Roving Pittsburgher.  Joyce is the owner of Cybertary Pittsburgh, a Virtual Assistant service company providing on demand business support services for entrepreneurs, solopreneurs and anyone else needing help.  We help businesses work on their business rather than in their business.  www.cybertary.com/Pittsburgh
Posted by Unknown at 8:07 AM