The opera that I attended on opening night was astonishing. The orchestra played relaxingly and mellifluously to the ear. The setting to Giuseppe Verdi’s version of “Aida” was located in Egypt. Aida played by Latonia Moore, was a gorgeous Ethiopian servant to Amneris from Egypt and also a princess. The tone of the opening act was quite calm.

Since I have never been to an opera, I did not know what to expect. The translation to the singing were presented high above the theater stage. In Act I, the people of Ethiopia threatened Egypt by terrorizing their land. The high priest Ramfis tells the warrior Radames to go out and defend Egypt. Now, although Aida was a servant to the people of Egypt, the warrior Radames was also deeply in love with her. At the time Aida’s father Amonasro, was one of the people captured after Egypt declared war against the Ethiopians and were defeated.

In this act, there were marvelous animals that appeared on stage for the jubilee of victory. There were snakes, birds, horses, and greyhounds all featured. After hearing the "oohs" and "ahhs", you could tell the audience was thrilled. The animals were also exhilarating to the audience because I looked around, with the glow of the stage and saw several kids and knew they would benefit from seeing the parade. Not to mention the roar from the crowd when the prominent Pittsburgh Steeler Charlie Batch appeared as the 'champion of champions'.

Aida has to identify her father to beg for him to be freed. Ramfis agrees to let her father go only under the condition that their war leader, Radames, the person who Aida is in love with, courts his daughter. Aida and Radames are not pleased with this decision. When the marriage day comes, Aida and Radames meet and decide to run away together. When the Egyptian king Amneris finds out that not only is Amonasro an Ethiopian but he is also the king, he is enraged and sends his people out to hunt him down. With everyone on the loose, Aida’s father is caught and killed. Aida and Radames are put in a tomb to suffocate while sharing their love and final words to each other.

The costumes used in the Opera fit perfectly to the Egyptian times of warriors, kings, queens and slaves. I remember sitting there as the opera began and seeing 4 guards who at the time, I thought were statues but were not. So the make-up, lighting and poise of the cast were quintessential!

Now I don’t know if I was so amazed by the opera singing because of the divine voices or because I never heard opera before, which gave it some perks but the voice of the main characters were astounding. Amonasro played by Lester Lynch, had a very compelling, vigorous tone. Aida played by Latonia Moore had a melodious sweet sound.

The opera itself was very dramatic. Between the love triangle and having to imagine choosing between my father and the love of my life how Aida did in this melodrama made it very emotional. I actually found myself getting teary eyed towards the final ‘hours’ of Aida and Radames' life. 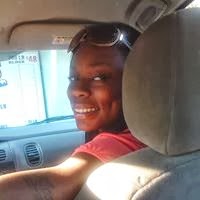 Angel Thomas-Williams is a pharmacy technician for Giant Eagle and a Business Student at CCAC.  She is also the mother of a precocious five year old Anaiyah who loves the symphony.
Posted by Unknown at 3:56 AM