On Tuesday October, 8th The Legend of Zelda: Symphony of the Goddesses returned to Pittsburgh’s Heinz Hall with its SECOND QUEST! Conducted by Susie Benchasil Seiter, the symphony is a tour through 27 years of Zelda franchise history.

Each part focused on a different game in the franchise and incorporates key musical elements from each of those games as well as HD footage of gameplay.  The games focused on were A Link to the Past, Ocarina of Time, Twilight Princess, and Windwaker. A pleasant mixture of sight and sound that touched every heart associated with the kingdom of Hyrule was enjoyed by both symphony fans and gamers. 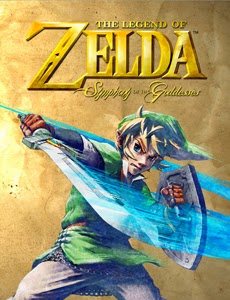 Each of the four movements was introduced by the composer Chad Seiter, who would provide insight into the motivation behind each part.  Whether you are a savvy veteran of the 8 bit world or a fan of the newer HD titles released through the Wii U, The Legend of Zelda: Symphony of the Goddesses SECOND QUEST had something for you.  This limited event ran just one night only and your next chance to catch the show is on Oct. 26th in Columbus, OH at the Ohio Theater.
The Wind Waker or baton of Wind in which the main character named ‘Link’ (for those of you who don’t know) used it to conduct in that game of the same name. Here it was made real as the Ms. Noone used it to conduct the movement dedicated to that particular version of the Legend of Zelda. So why is the symphony called "the Legend of Zelda" and not "the Legend of Link"?

Nintendo's Legend of Zelda is one of the most long-running and storied franchises in video game history.
For non Zelda fans that are symphony fans here is a brief overview from Wikipedia:
Creation of the World

The Goddesses create the world, from A Link to the Past

Hyrule was formed many ages ago through the works of the three Golden Goddesses: Din the Goddess of Power, Nayru the Goddess of Wisdom, and Farore the Goddess of Courage. Before spirits and life existed, these three goddesses descended upon the chaos that was Hyrule.[3][4] Din, with her strong flaming arms, cultivated the land, created the red earth, and was thus responsible for the creation of the geography of Hyrule.[5] Nayru poured her wisdom onto the earth and gave the spirit of law to the world, bringing order to a formerly chaotic realm.[6][7] Farore, with her rich soul, created all life forms that would uphold the law established by Nayru.[8]
http://zeldawiki.org/Zelda_Timeline#History_of_the_Zelda_Timeline

So much for catching non gamers up to speed! This symphony as a result of the game series prominence in pop culture was just a bit different than the ordinary symphony venue with a choir and of course under thirty gamers in the audience hooting and hollering.  A younger than normal crowd of people from thirty down and many dressed in theme costumes from the games attended and rubbed shoulders with the regular symphony fans.  There was a consensus from regular symphony fans that the symphony could have stood on its own but the Zelda followers were there for the fun of the video, the visual effects and the followers of the Kingdom of Hyrule in the audience.