Family Night at the Symphony is a Home Run Review of Triple Play the PSO's Aug. 2nd 2014 Performance 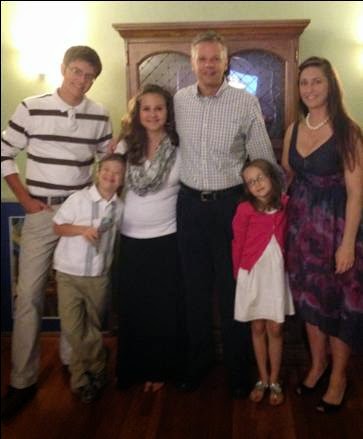 The Pittsburgh Symphony Orchestra closed their 2014 summer season on Saturday, August 2nd, with a concert entitled Triple Play.  For a baseball loving family, we thought the concert was a home run.  With my partner’s children visiting for the summer, this was a great concert to take the whole family to.  It featured opera and operetta overtures in the first third, a stunningly played piano concerto in the second, and for the final third movie music from some of our favorite action blockbusters.  Now I normally report mostly on the music and just a little on the experience, but for this review I will share how fun it can be to take the whole family to the symphony.

We have only been here for a year, so this was the first opportunity to bring the kids to Heinz Hall and it was so fun to see their reaction walking into the beautiful hall.  They were in aw just as we were the first time.  But the most quote of the evening came as we were getting seated.  We had two sets of seats: two media seats fifth row/stage left, and four towards the back/center section/isle seats - still main floor mind you.  First, we got Dad (Mike VanStipdonk), Martin (15), Josie (13), and Quinn (10) seated and then Nina (7) and I proceeded to find our seats.  After we at least located them I asked Nina if she wanted to go back and hang out with the rest of the family until the concert started.  She replied, “No I don’t think I want to go way back there.  These seats are WAY better.”  And with that we now have a seven year old, prime seating connoisseur.  Instead we practiced reading the concert notes, which proved to be very good concert preparation even for her.

With a countdown of the side stage doors closing one by one, we were tuning up for our first family PSO experience.  As a result of her pre-concert reading, Nina was able to point out the evil dwarf played by the basses in Glinka’s Overture to Russlan and Ludmilla.  Next was one of my favorites of the evening, Franz Von Suppe’s Overture to The Beautiful Galatea.  Nina thought she might have been familiar with the third piece, Intermezzo and Barcarolle from The Tales of Hoffmann.  But at its conclusion, said “Maybe I know one of his other songs, because I did not know that one after all.”  To close out the first section of the concert, the PSO played Rossini’s Overture to William Tell.  Guest conductor Christian Capocaccia playfully reminded us that we should also recognize it from many cartoons, like Looney Tunes.  During this piece Nina nudged me and perceptively pointed to the words thunderstorm, countryside, and triumphant return during each of the respective sections.  During the first intermission we met up with the rest of the troops for a leg stretch and work out the wiggles walk.  Quinn noted that he heard lots of cymbals during the Bugs Bunny song.

Next on deck was Ravel’s Concerto in G major for Piano and Orchestra.  As we readied for the second part of the concert and enjoyed a rootbeer barrel, Nina noted how beautiful the pianist Xiayin Wang is and that she studied from another person named Nina (Svetlanova).  Miss Wang played exquisitely.  The program notes used the perfect words to describe each of the movements, the first sparkling, the second graceful, and the third whirling.  Wang’s care in how she played each note was stellar and her interaction and balance with the PSO was perfect.  As we got up for the 7th inning stretch (yes, exactly after seven movements) Nina again pointed out how primo our seats were and that we could actually see Miss Wang playing each note even in high heals and a pretty purple dress with sparkly gems. 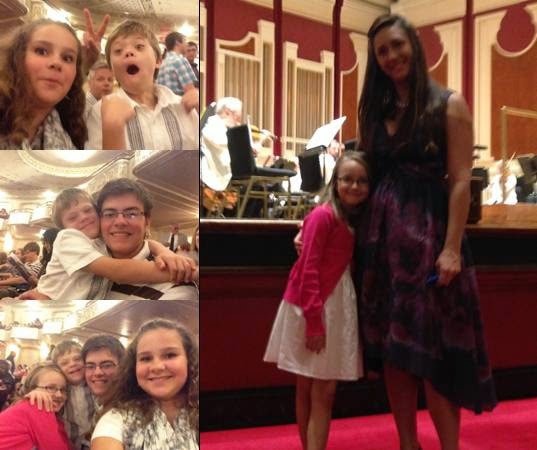 Reluctantly Nina, shared her great seats with Martin and Josie for the last section of the concert.  Leading off was a Medley from Pirates of the Caribbean by Hans Badelt and then Hans Zimmer’s Music from Batman: The Dark Knight Rises.  And finally, as maestro Capocaccia pointed out, no movie music section is complete without John Williams.  The concert concluded with Suite from Star Wars including The Imperial March, Princess Leia’s Theme, and the Main Title.  Watching the older kids from afar made Mike and me smile to see how engaged they were enjoying the music.

As we were exiting the concert hall we got many compliments on how well behaved everyone was and that we brought them at all.  As a note to other parents who might be thinking this all happened in the twilight zone of perfection… the evening was not without little reminders to not have our feet in the chairs or that you can read the program but not whip it around like a fan.  We took potty breaks, exploration walks, and had a piece of hard candy before the show and at each intermission.

There was something for everyone in the family at our night at the symphony.  Other than the music being “very pretty” and the PSO being “really good,” the kids noted the hall is beautiful, the 12 chandelers are “very sparkely,” the main stair case is “really old and cool,” and the small round red couch in the ladies lounge is “so fun.”

On the ride home, we went around the car and all shared our favorite pieces from the concert.  Here are the final stats:
Nina (7) – Overture to William Tell AND Star Wars: The Imperial March
Quinn (10) – Star Wars
Josie (13) – Medley from Pirates of the Caribbean
Martin (15) –  Music from Batman: The Dark Knight Rises
Dad – Ravel Piano Concerto and Star Wars: The Imperial March
Miss Stephanie – Overture to The Barcarolle and Ravel Piano Concerto

So if you are on the fence about taking your children or grand children to the symphony, our advice is to take them.  It is an experience they will always remember, and you will too.  The PSO has two great series that are extra family friendly PNC POPS! And Fiddlesticks Family Concerts presented by Macy’s.  As for our experience, we all thought our evening at Heinz Hall with the Pittsburgh Symphony Orchestra was an out of the park home run.


Fiddlesticks Family Concerts presented by Macy's – Recommended for children ages 3 to 8
Introduce your children to music at these special Saturday morning concerts with your world-class Pittsburgh Symphony Orchestra!  During the pre-concert DISCOVERY TIME ADVENTURES, children will have the opportunity to sing, dance, create a take-home craft, meet musicians and listen to stories – all unique to each concert.  PittsburghSymphony.org

PNC POPS! – Rated E: For Everyone
Welcome to a season of big pictures, accompanied by big sounds. Popular movies, beloved Broadway musicals, animated Disney adventures, successful television shows and award-winning jazz artists take front and center stage in the 2014-2015 season of PNC POPS! It's entertainment for the ages. For all ages.  PittsburghSymphony.org