Yanni GRACED the Benedum Stage last night with his mesmerizing smile and consummate rapport with the audience who were raucous and appreciative and never faltered in their unity with the performance. The audience was captivated as Yanni took the stage and seemed to say, "Excuse me while I make love to my piano and you can watch and listen as I am accompanied by my 'United Nations' of musicians."

For those few who do not know who Yanni is.  He is a Greek pianist, keyboardist, composer and music producer who has spent most of his adult life in the United States while managing to still travel the world and appear in such historic places as the Acropolis, the Taj Mahal, China's Forbidden City, Russia's Kremlin, Puerto Ricco's El Morro Castle and last night, the world famous Benedum in Pittsburgh, Pa.

Yanni continues to use the musical shorthand that he developed as a child blending jazz, classical, soft rock, and world music to create predominantly instrumental works. As this genre of music was not well suited for commercial pop radio and music television, Yanni achieved international recognition by producing concerts at historic monuments and by producing videos that were broadcast on public television.  That was my first experience with Yanni on PBS, "Yanni, Live at the Acropolis," which by the way yielded the second best-selling music video of all time.

I must tell you it is nothing like sitting in an orchestra seat in a theatre as intimate as the Benedum which, Yanni mentioned how cool it was to be so close to the audience and he took full advantage in engaging and interacting with the audience throughout the evening.  At least fourteen of Yanni's albums have peaked at No. 1 in Billboard's "Top New Age Album" category and two albums (Dare to Dream andIn My Time) received Grammy Award nominations.

Yanni's musicians represent 11 different nationalities including England, Germany, Venezuela, Cuba, Paraguay, China, Canada, USA, Russia, Armenia and Greece.  The talents from each member surpass anything you can imagine prior to attending a performance, and they are all brought to you on one stage under the guidance of a true modern day orchestrator.  The first thing you notice about this orchestra is how much fun they are having and the smiles on their faces.

My nephew Josh (an engineering student form WVU) and I immediately zeroed in on Victor Espinola, the harpist from Asuncion Paraguay.   We were amazed at the octaves that his Paraguayan harp was able to reach with its 36 strings and also excited to discover with research that the harp is Paraguay's national instrument.  His World Electronic Acoustic Music brings a blend of flamenco and gypsy style to the music of the Yanni orchestra.

About half way through the concert Yanni features Alexander Zhiroff from Russia on the cello.  We decided that we never knew that the cello could issue such sounds and be such "fun."  The solo was an experience in pure, light-hearted amusement.

From amusement to the international language of music,  Samvel Yervinyan, Violinist from Yerevan, Armenia clearly knew how to make his instrument speak and have it understood in any language. He shows all the signs of beginning his studies at the age of 7 and graduating from Tchaikovsky’s Music Conservatory, perhaps inheriting Tchaikovsky's penchant for gypsy melody.

From the bigness reminiscent of Tchaikovsky to the sounds of the the violin played by the diminutive Mary Simpson, Violin, Virginia, USA who brings a touch of bluegrass to Yanni's orchestra.  From row E we could see her constant smile and hear her making her violin smile also.  Her hi-lighted performances were both energetic and musically endearing.

Other Hi-lights of the concert:

The End of August

Yanni describes this song as something he wrote about the learning that took place rather than initial reactions like frustration and anger.

Charlie Adams brought down the house with his drum solo.  We weren't timing it but it seemed at least ten minutes long without a hint of boring the audience.  Charlie with his Steeler t-shirt and "Pittsburgh Coffee" used his high energy stage performance and stamina in what was probably the best drum solo the audience had ever heard.

Felitsa
Played with the orchestra bathed in red light, you could feel the agape love that Yanni speaks of in his introduction about his mother knowing about "healing" love.  The music wraps around you like a mother's arms and encourages the audience to at once feel loved and excited to be alive.

Santorini
This rendition is so LARGE that it makes you feel as though something epic is about to happen not only from the stage but in your life and at times let you languish in the victory. This piece puts you in the mind of running through open fields, ascending the mountain and then triumphantly observing the beauty of the view.

Yanni didn't tell the story but the world knows he was inspired to help protect giant pandas after he “adopted” a two-month old panda cub at the Chinese Chengdu Research Base of Giant Panda Breeding in October 2011. Yanni was the first western artist to be given the honor of symbolically adopting one of Chengdu’s pandas (a privilege reserved almost exclusively for nations, rather than personalities). He named the panda “Santorini” after one of the most beautiful islands in his native Greece.

Lauren Jelencovich joins Yanni for 'Nightingale' with its oriental theme with her effortless soprano very realistically portraying the song of the Nightingale which Yanni says has the sweetest song of any bird in the world.

The concert was just too full of too much to talk about and after this review is published I will remember more dynamic moments.  I should not neglect to mention outstanding solos by Jason Carder; Trumpet from Arizona and moments of grandeur from Yoel Del Sol; Percussion, Cuba and the duets of Yanni with keyboard player,  Ming Freeman, Taiwan; and also some very unique runs and scales from Gabriel Vivas, Bass from Caracas Venezuela.

There is just not one musician in the group who is not a consummate professional and cannot or has not shown brightly on their own on the international music scene.  I attended the concert under physical duress coming straight from my new daughter-in-law's bridal shower which I had been preparing for three days.  I had told my nephew to nudge me if I fell asleep.  Fat chance!  I arrived exhausted and spent and from the time the orchestra hit the stage began to revitalize.  I left like all of the rest of the audience with a feeling of absolute joy and elation at hearing "art" personified in music with passion, verve, compassion and style. 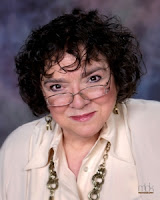 Joanne Quinn-Smith, Award winning internet radio broadcaster, blogger, author and internet radio and TV network editor and publisher. Joanne is the owner and CEO, Creative Energy Officer, of Dreamweaver Marketing Associates, a successful Pittsburgh-based marketing company. She is a grandmother and great grandmother, an unlikely trendsetter for online journalism and broadcasting. Joanne is internationally known as the “Get Your Google On” Gal. But better known as Techno Granny™ to over one million accumulated online listeners worldwide. Joanne has created a revolutionary online NEW MEDIA platform in Internet broadcasting, blogging and other social media participation that represents the new second generation of World Wide Web interactions, known in technology circles as Web 2.0. JQS is the online publisher of PositivelyPittsburghLiveMagazine.com, an online community magazine to disseminate the Positive News for Positive Pittsburghers. PPL Mag is Pittsburgh’s First Internet radio and TV network with syndicated channels and online radio and TV capabilities.
Posted by Unknown at 8:54 PM