Lose Your Blues at Footloose.

Pittsburgh's debut of Footloose brings to stage  idyllic, youthful and perpetually  poignant  teenage strife with a musical score that is toe tapping and finger snapping.  So long as there are teenagers, there will be rebellion, a question of  authority and a free- spiritedness that teeters between innocence and blind stupidity for years at a time.  This message plays without a hiccup on the stage of the Benedum Center from June 24 through June 29, 2014.

The story begins when an average teen, Ren McCormack, moves from the big city of Chicago, to the small country town of Bomont.  His mother chooses to relocate after her husband, Ren's father, abandons them.  Once in Bomont Ren meets Rev. Shaw and quickly learns about a town law banning dancing.  The no dancing ordinance was passed, 5 years prior, after a horrif accident took the lives of 4  Bomont teens who had been out dancing and drinking.  In the beginning Ren struggles to make new friends but soon gains support from his peers  as he attempts to convince the town council and Rev. Shaw that a ban on dancing is not helping anyone, but rather trapping them in the pain of the past.

Barry Ivan,  director/ choreographer,  is no stranger to the Benedum Center and CLO. He is attentive to  what Pittsburghers expect and he undrestands what we have grown to demand from CLO productions.  Musical director, Tom Helm, ensures the audience never misses a beat of beloved 80's  top 40 hits;  “Let's Hear it for the Boy,” “Almost Paradise” and of course, the title song, “Footloose”.  The talented and accomplished orchestra duplicate these well known  hits, originally made popular by the 1984 film Footloose, with the same spunk and charm I recall from the radio play of my youth. Together, Ivan and Helm execute another enjoyable night of musical theater in Pittsburgh.

From the opening number, I quickly caught on to the obvious cast chemistry, which works wonders  with the tightly synced choreography.   The amount of energy emmeniating from the stage throughout this rendition of Footloose is invigorating.  Lead,  Manuel Stark as Ren McCormack, is a showcase of all around talent from the moment he graces the stage.  In scence 2 when the audience is introduced to the troubled young Ren, his mannerisms, depicting an angst filled teen, are spot on, proving he is an exceptional actor and can offer the audience more than just a good voice- he is the whole package.  This is again evident  in scene 4 as  Stark accomplishs numerous dance combinations while simultaneously displaying an superb vocal range.  Opposite Stark, female lead Kristen Martin as Ariel, the teenage daughter of Rev. Shaw,  continually portrays a relatable and resonant adolescent.  Despite my initial disappointment in her vocal performance during scene 3, “The Girl Gets Around”, Martin quickly reverses  my impression.  In scence 6, “Learning to Be Silent”, Martin's performance highlights  the dynamic role she is challenged to play.  I give her much credit for  animating an adolescent  with authentic vigor and impertinence . In Act II scene 4, Ren and Ariel's delivery of “Almost Paradise” is full of the enchantment I love about musical  theater.  Their presentation  further confirms my initial sense of cast chemistry.

Rusty, played by supporting actor Jessie Hooker, belts out song after song with effortless breaths.  Her strong stage presence and infectious smile light up the stage.   Hooker's  melodious voice and skillful  harmonizing are carried out with ease, most notably  in scene 5, “Somebody's Eyes”. “Hear it for the Boy”, another of Hooker's shining moments, is the most memorable musical number from the show.
A rock solid ensemble is a necessary foundation for any musical.  Footloose's ensemble  is uplifing, talented and vivacious.  Even during  the more serious scenes  they keep the audience cheerful and sincerely entertained.

From the opening scence in a  Chicago night club to the final “Footloose” number in the high school gymnasium, Footloose retains its momentum.  The dancing is  fun to watch and  the music encourages the audiene to bounce their knees in their seats.

The show opens with high energy dancing and singing and ends on the same note.  A fun performance from start to finish.  Footloose mingles song and dance with a story encompassing the multi- generational  struggles of adult vs. juvenile with a lighhearted mood and just a hint of nostalgia.
Through June 29, 2014
For  information, on ticket purchase and show times  please visit HERE. 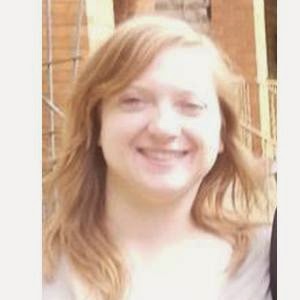