Can't Get Enough of Chris Duarte, The Ultimate Guitarist
Review of Chris Duarte Concert May 18th 2014 Performance
From:  Roving Pittsburgher Report and PositivePittsburghLiveMagazine.com
Written By:  Mike Van Stipdonk  |  May 18, 2014 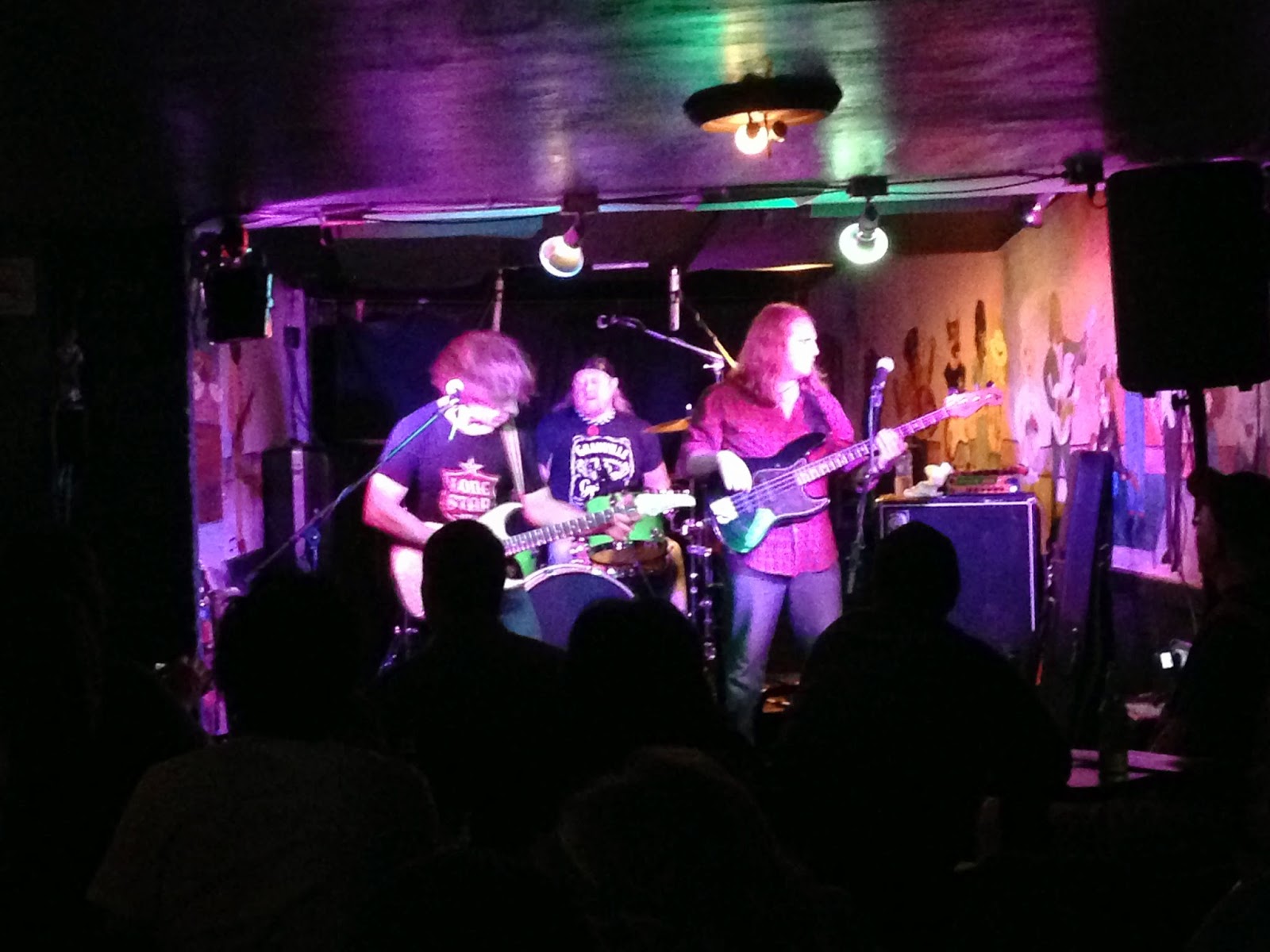 Sunday evening at Moondog’s in Blawnox I reconnected, in a way, with an old friend. Chris Duarte and I aren’t really friends, but after over twenty years of seeing him play live (we’re talking at least 25 times), I’ve decided to make him an honorary one. He provides inspiration, companionship, motivation, and good times – many of the things I expect from such an individual.

First, though, a bit of history. Looking for our usual distraction from the grind of graduate work in chemistry at Texas A&M University, my usual group of friends and I headed to the Stafford Opera House in downtown Bryan, TX to see House in Orbit, our favorite band from Austin, Texas. Their infectious covers of classic and current songs (for that time), done in a style best described as bluegrass-ska, never failed to make us forget whatever was ailing us that day, week or month. Upon arrival that Friday night, we noticed a very different sound coming from the sound-check, and an unfamiliar name on the board outside the entrance. Chris Duarte. Who? Motivated, I’ll admit, by nothing more than a desire to avoid the other club options for the night, I said, “why don’t we check this out?” The cover charge was a reasonable five bucks, and there was something raw and exciting to me about the guitar sounds leaking out from inside the club. So we went in.

If you ask me, some of the best moments in life are those that happen when you chuck the plan and see where things end up. That night, I forgot all about House in Orbit and became a life-long fan of the amazing Chris Duarte. And while I like to think it happened completely by chance, it was probably more a result of my inability to read correctly the weekend’s concert schedule. House in Orbit played the previous night. But who cares? 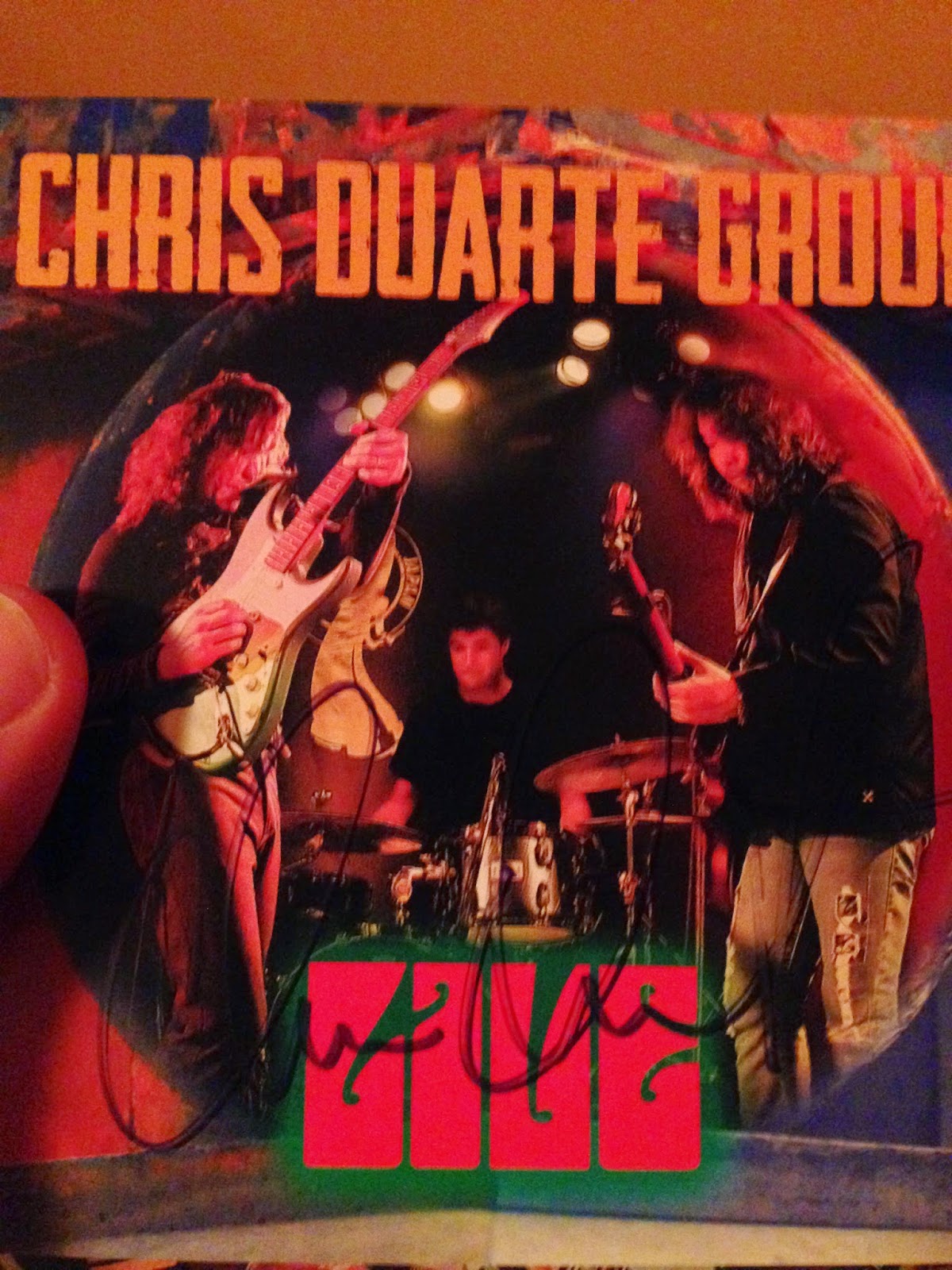 Chris Duarte is a brilliant guitarist, songwriter, and singer originally from San Antonio; but I will always associate him with what was great about the Austin music scene in the early 1990s. Duarte plays in a Texas blues-rock style that reminds most people of another Texas legend, the late Stevie Ray Vaughan. Whether listening to Duarte’s guitar playing or the general style of his original songs, you certainly hear the influence of Vaughan. But you also hear so else, such as jazz influences and whispers of other guitar greats like Johnny Winter, John McLaughlin and Jimi Hendrix (more on that later). If you’re a fan of guitar, regardless of what style, devote three hours to Chris’ next show (we should all encourage a speedy return to Pittsburgh). You’ll walk away a convert. I swear it.

I last saw Chris play in 2009 in St. Charles, MO while with my two oldest kids. Again, quite by accident, he was playing a free show along Main Street. Martin, Josie and I sat on the street curb, just to the side of the stage, for the beginning of his first set. The kids weren’t sold at first, but they were patient, listening to my requests of “wait for it” and “you’ll see”. From the minute Chris started playing, though, the kids couldn’t take their eyes off of him. The evening ended with Chris signing his latest disc for them, and talking about how important the creativity of music is to life (He’s also a part-time philosopher!)

On Sunday night, Moondogs was a perfect venue for the reunion. Saying that was an intimate is an understatement, as nearly everyone who showed up had a close-up seat. We were treated to over three hours of music by a virtuoso. Backed by Dustin Sargent on bass (guitar), and John McNight on drums, Chris provided a clinic to those who needed to see some good guitar playing and foot-stomping entertainment for those there to hear blues-rock. And, perhaps, others may have, like my first time, experienced their own “why don’t we check this out?” moment?

The first set was devoted to songs that highlighted the great chemistry between Chris and his band and to his talents, both as a guitarist and vocalist. Later, in the second set, he included songs that provided greater opportunity for extended solos. Those are the ones that remind me most what made me a Duarte fan in the first place. On the drive to Moondogs, I excitedly played several songs to Stephanie (The new girl in the ‘burg) to make sure she’d understand what she was about to witness, in case Chris didn’t take care of that himself within the first few minutes of the show. One of the songs was “Like Eric”, off of Duarte’s 2003 album Romp. The song, a tribute to another fantastic guitar player (Eric Johnson), perfectly illustrates the level of Chris’ talent by revealing his amazing ability to channel the spirit and sound of great guitarists into his own performance. This is one of the most impressive things about the guy. He can announce to you, the listener, who his influences are by crafting songs that integrate, seamlessly, each of their unique sounds.

I remember saying to a friend who joined us that night, “He’s amazing. He does this one song that manages to blend Carlos Santana and John McLaughlin, with a bit of Duane Allman.” These masterpieces leave you saying, “Good grief…is there anything, or anyone, this guy can’t do?” In return for the impromptu PR work, my honorary friend rewarded me by beginning the first encore with just that song (“Azul Ezell,” off the Love Is Greater Than Me album). When I slapped my friend on the shoulder as the song ended, all he could do was shake his head. Most likely that was part amazement, and part recognition that he just witnessed a performance by someone that is truly the best at his trade.

After the show ended and the road crew was tearing down the equipment, Stephanie and I made our way to the merchandise table. We selected the Chris Duarte Group’s recent 2 CD live disc and made our way to the stage to talk to Chris. After he signed the disc, I told him that this was Stephanie’s first show, and the two of them engaged in an interesting discussion about skill and passion and other things that musicians can relate to. I then told him about my first show. I said “Bryan, Texas”, and he replied with “Wow…Old School. Way back!” He then reminded himself that the show was at the Stafford Opera House. We shook hands, and his parting words were, “We look pretty good for old guys”. I think we do. 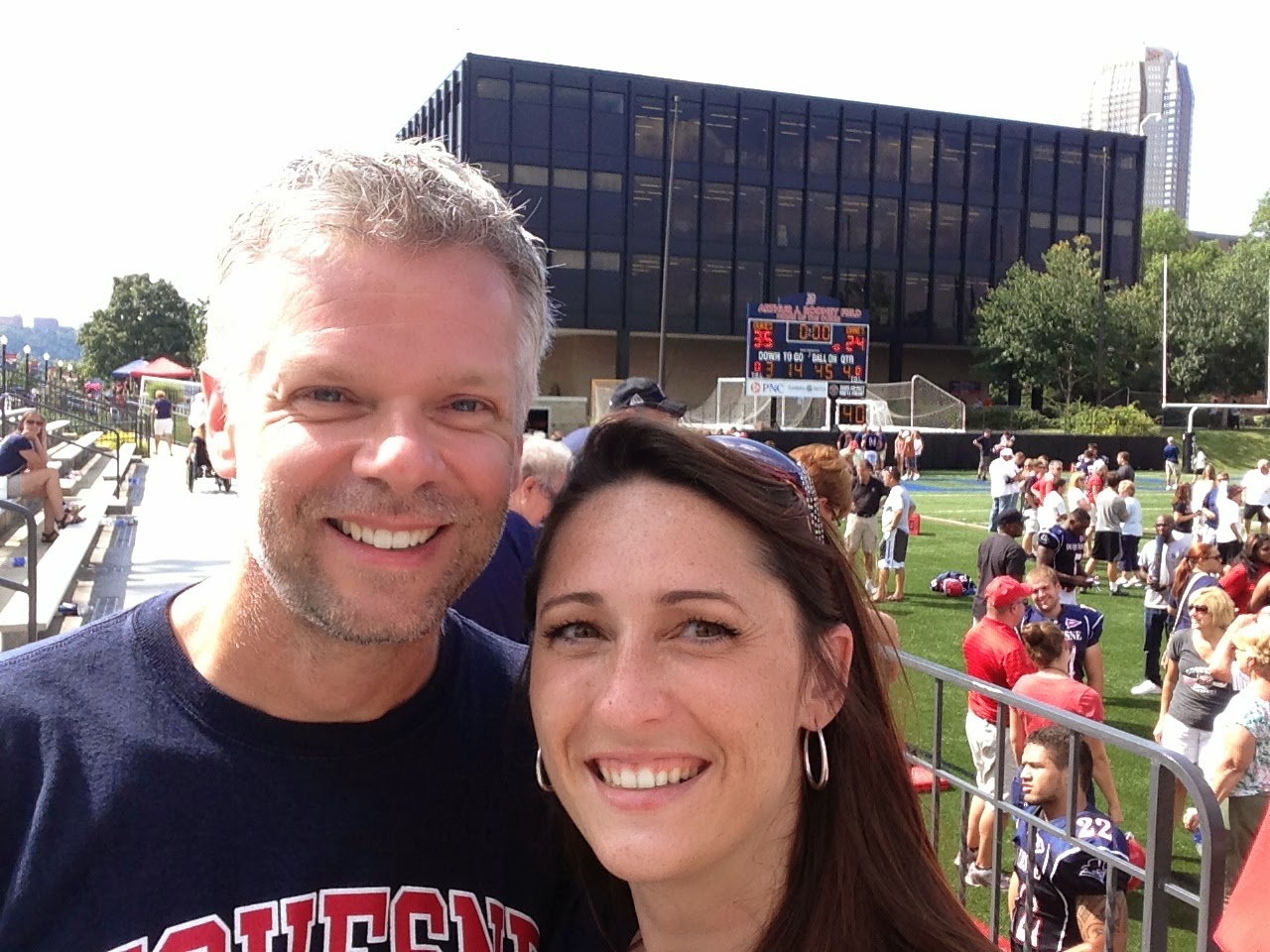