All My Sons (1947) was Arthur Miller’s first commercially successful play.  In fact, Miller vowed to give up playwriting and “find some other line of work” if it was a flop.  Fortunately for Miller and for us, All My Sons ran for 328 performances, won numerous awards, and made him famous.   The play’s subject was rather provocative in those days of the Cold War, an indictment of the pursuit of “The American Dream,” and the unintended consequences that can happen when greed supersedes moral integrity.   In our time, these themes are just as relevant as we question the ethics of the pursuit of corporate profits at the expense of social responsibility.

All the action takes place in the idyllic suburban setting of the Keller family’s backyard.  Joe Keller (Philip Winters) reads his paper and chats amiably with neighbors, and all seems well… disturbed only by the loss of a tree in the last night’s windstorm – the tree planted as a memorial for their son, Larry, who was a pilot lost in World War II.  Joe is the owner of a factory that manufactured airplane parts for the war, and when faulty parts were shipped from that factory, 21 planes were lost and their pilots killed.  Joe’s partner and former neighbor, Steve, was convicted of that crime and sent to prison, while Joe went free.   The story takes place on the day that Steve’s daughter, Ann (Daina Michelle Griffith), who was Larry’s fiancée, is coming to visit.

Unknown to Joe and his wife, Kate (Penelope Lindblom), their other son, Chris (Shaun Cameron Hall) has become involved with Ann, and he has asked her to visit in order to propose marriage.   This is upsetting to Kate, who is essentially the Cassandra in this Greek tragedy and has convinced herself that Larry is still alive.  She persists in a state of neurotic denial, grasping at any and all signs that he might still come home.  Thus, she cannot accept the relationship between Chris and Ann.  Unfortunately, her love for her son is not the only reason she’s in denial, and these other reasons gradually come to light and propel the family to an explosive night of reckoning as dark secrets are revealed, and one by one, each character comes to realize the truth.
An undercurrent of tension and uneasiness underlies the placid façade of suburban domesticity.  It seems too good to be true, and it is.  In time, each of the characters identifies and expresses what is hidden, and denial is no longer possible.

The entire cast performed admirably, especially Mr. Winter (Joe) as the conflicted patriarch and Ms. Lindblom as the mother (Kate) driven nearly mad with the burden of her conscience.  Justin Fortunato’s performance as Ann’s brother, George, is outstanding for its furious intensity tempered with vulnerability.   Mr. Hall (Chris) and Ms. Griffith (Ann) are appealing as the young couple who find the path to their future happiness complicated by a web of lies and deceit.

The neighbors who are part of the Keller family’s suburban fantasy world include well-meaning but naïve Frank and Lydia Lubey (Mark Tinkey and Erika Cuenca), and David Cabot and Amy Landis as a world-weary doctor and his wife, whose real motivations (like those of the Keller and Deever families) are revealed when long-suppressed feelings come to light, resulting in the final climactic scene.
Young Nicholas Noah Vanhorenbeck is cute as a button as Bert, the little neighbor boy who reminds Kate of things she’d rather not think about.

More than 65 years after its debut, Miller’s powerful story is still moving and relevant to audiences today, and the strong performances by the excellent cast shouldn’t be missed.

All My Sons runs until September 22 at the Pittsburgh Playhouse in Oakland. 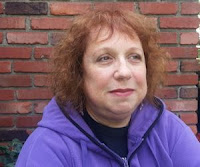 Linda Johnson Tomsho is a freelance writer and editor and a partner in Baker Street Business Solutions, a creative marketing firm specializing in helping small businesses and entrepreneurs multiply their profits by staying top-of-mind with prospects and existing clients.   www.TheBakerStreetSolution.com
She is also a co-founder of the Edward D. Wood, Jr. Memorial Film Society, which promotes Underappreciated Cinema.
Posted by Unknown at 11:07 AM