Drumline Live from Africa to Smoky Robinson and Hip Hop

Drumline Live
Participating in a Feast of Soul
By
Hank Walshak

Listening to a drum line hypnotizes me. The staccato beats. The syncopated rhythms. The
drummer's acrobatic hand movements. The counterpoised sounds. All of which goes on as the
drummers complete their ensemble and solo numbers while they march in intricate, high-stepping
patterns. The whole thing gets into the marrow of my bones. And I’m hooked, heart and soul,
diggin' it, with feet tap, tap, tapping.

I first got hooked on the movie Drumline a few years back starring Orlando Jones and Nick
Cannon. As I watched this film unfold, I kept saying to myself, “I wish I could see that in person.”

Well, on February 26, I got my wish at the Benedum Center, when my wife, Jeannette, and I
thrilled to Drumline Live, hosted by Slater Thorpe. This show put it all out there --from the drum
cadences and riffs and the brass melodies to the singers, the alto-sax and trumpet soloists, and the
dancers who glided as if by unseen hands through their numbers. The physical energy of it all never
let up.

To say I was astonished would be an understatement. Don Roberts. Creator/ Director/Musical 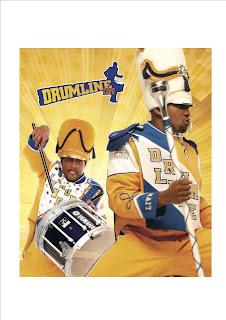 Director had the wizardry to capture the musicality and choreography that blare out on the football
field to the restricted area of the theater stage. No small feat that.

Roberts had collaborated as a band consultant with the makers of Drum Line, the movie.
Now, his Drumline Live captures the sparkle and unbounded electricity of the movie with the
in-person energy of marching bands composed of students from Historically Black Colleges
and Universities (HBCU).

Make no mistake about Drumline Live. This show prompted far more than just having audience
members sit back and watch and listen. Nosiree. At set times, band members paraded up and
down the aisles, playing and singing their hearts out and those of us in the audience rang out loud
with our cheers, bravos, and clenched fists waving above our heads. Talk about involvement personified.

Taken as a whole, this production traced the history of black music from its unheralded roots in Africa
to the strains of black congregations across the land chanting about the Good News. 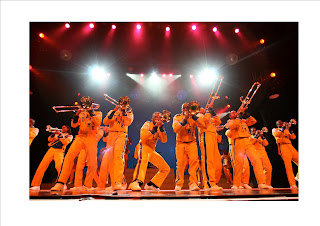 The show brought to mind the pre-eminence and contributions of black singers, composers, and
producers to create this black genre of modern, American music.

Who can think of artists like Ray Charles, Aretha Franklin, Michael Jackson, and Marvin Gaye
without smiling and remembering their music sound for sound and word for word? Who can forget
Smokey Robbins with his Motown sound, and the black stars and music he produced in the
fifties and sixties?

Along the way, the cast of this production made real for us the singin' sounds of the big bands from
days long gone to a half-time show without equal, and a drum battle between two players, with the
audience choosing the winner with heaps of applause.

The performance ended with out-of-this-world dancing and music that brought back the best of
Hip-Hop from the 80's and 90's.

The ultimate conclusion came with the entire case marching up the aisles to the foyer of Benedum
Center, there to talk, laugh, and enjoy with the audience streaming out afterwards.

If you were looking for soul. You found it here. From start to finish, Drumline Live spoke to our
hearts with plenty of not-to-be-forgotten soul, soul, soul and more soul. 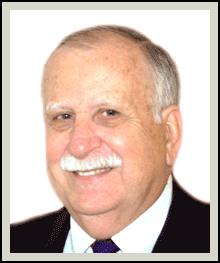 
Communications Expert for Experts
Be read. Be heard. Be seen.
Walshak Communications, Inc.
412-831-3023
hankwalshak@verizon.net
www.hankwalshak.com
Posted by Unknown at 7:19 AM