Transported to Paris at the Symphony

Transported to Paris at the Symphony

Wow, the Magic of Paris, I was transported.  Respighi: La Boutique Fantasque overture was musically descriptive and you could imagine the ballet dancers from Rossini’s Boutique Fantastique on stage. You could feel the reeling of the Tarantella and dodge the kicking of the Cossacks.  I always feel that when a creative piece fuels your imagination along with your soul, it has done its job.  The Magic of Paris did both.

I “escaped” college without a music appreciation course so I cannot tell you about crescendo and other symphony terms.  I only know what I like and that’s why I attend the symphony and that is why I listen.


I have a new reason, however, I have always had excellent seats at the Symphony but this time I was in Row E, right orchestra.  This was a perfect vantage point for watching Gianandrea Noseda, conductor .  Some might say he was born to conduct symphony orchestras.  I would say symphony orchestras were born for him to conduct.  Just like a baby smiles with his or her whole body, Gianandrea conducts with his.  My companion,  82 year old former Juliard contender, Suzie Pournaras and co-owner of John Pournaras Agency in Ambridge, said, “You can tell what is coming next by his body language.”  Suzie also liked the young cellist when she saw him before the symphony and also of course during.  She thought he was “hot.”  Betty White’s not the only one who still has game.  So does Suzie.

This was a “girl’s night out” for Suzie and it did not disappoint.  By the way we had dinner at Christos on 6th after the symphony and Spanikopita and the Stifado (Greek Beef Stew) was excellent along with the Gallactaboreko.

Back to the opera, the First portion hi-lighting Resperirgi’s pieces received four standing ovations.  Amazing to me as that type of response is usually reserved by the audience for later in the symphony.

Much of the music created for the World’s Fair in and ushered in   music revolution in the early 20th century, the compositions still delights audiences worldwide.  To my ears the Overture overwhelmed all of the other pieces.  It was the main course and Debussy’s “Iberia” was the dessert and Manuel de Falla’s Suites Nos. 1 and 2 from “Three Cornered Hat, “the after dinner liqueur.
The powerful and stirring memories did exactly what I am sure the composers wanted--transport you back to an earlier time and place of grandeur and charm, Paris at the turn of the century and in its finest hour of music and the arts.  Even if you don’t love the symphony, attend this one just so you can watch the energetic gyrations and experience the conducting of Gianandrea Noseda.  It’s two-for, great to hear and experience and absolutely enthralling to watch.  So get a close seat if you can. 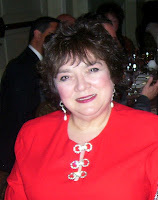 Good News Reporter, Joanne Quinn-Smith is also the Host of PositivelyPittsburghLive Talkcast and the Publisher of PositivelyPittsburghLiveMagazine.com, Pittsburgh's first internet radio and TV network http://pplmag.com
Joanne is the Creative Energy Officer of Dreamweaver Marketing Associates a Pittsburgh Marketing firm which specializes in Web 2.0 Branding.  She is a speaker and author and prolific talkcaster.  Find her profile on LinkedIn at:  http://joannequinnsmith.com
(c) Joanne Quinn-Smith 2012 All Rights Reserved.
Posted by Unknown at 3:12 PM