Roving Pittsburgher Report, Review from the Abduction of Seraglio

Opera for the Amateurs

The Abduction from the Seraglio

The closing opera for the 2011-2012 season was a joy.  After a season of heavy drama, I was ready to see something light, frothy and fun.  I was not disappointed.  Put this in the class of light opera with Gilbert and Sullivan. Another bonus was, it was in English. Yeah!
Written by Mozart, this opera starts in Istanbul, Turkey and proceeds to Paris, France.  It takes place on that marvelous train, the Orient Express.  I have always wanted to ride that train. So many books and movies (Murder on the Orient Express) feature that train and some kind of romantic or dastardly plot.
As I understand, it has been almost 30 years since the opera has been held here.  My vote is for more Operas like “The Abduction from the Seraglio!"  There is too much drama in our media (some manufactured) and tension in the news these days.  I just want to relax and be entertained and come out feeling happy.
From the overture on it was fun and captivating.  The story revolves around the Pasha Selim palace and the Orient Express.  Three Europeans have been captured by pirates and sold into slavery to the Pasha.  The Pasha has become enamored by the Spanish noble woman Konstanze and has tried to make her his favorite. Meanwhile, Belmonte, the fiancé of Konstanze, has been desperately searching for her and has tracked her to the Pasha in Istanbul.
Konstanze is resisting the Pasha’s advances.  She is keeping her heart, mind, body and soul for Belmonte.  Konstanze does a good job of resisting, but, in one scene the Pasha almost “wins” his objective.  He is plying her with wonderful gifts and loving words and a MARVELOUS fur coat.  Konstanze is almost swayed.  Then she finds her will and remains true and loyal to Belmonte.  (That fur coat was a beauty).
Opening scene: Belmonte's arrival at the Pasha's palace.  He tries to enter the Pasha’s private car on the Orient Express. He is met with fierce and comic resistance by Osmin, the Pasha's overseer, played with great flair by Paolo Pecchiolo's. Osmin is NOT fond of Westerners, except for the Blonde, the woman servant of Konstanze.   The manservant of Belmonte, Pedrillo, has ingratiated himself with the Pasha, much to the disgust of Osmin.
Konstanze, played by Soprano Lisette Oropesa, is an impressive delight in the scene where the Pasha was “wooing” her.  The Blonde, played by Ashley Emerson, has a beautiful and flexible voice with just the right feisty personality for her role.
All kinds of shenanigans go on for the three acts as our lovers try to escape the Pasha. Of course, they are caught, then forgiven and released by the benevolent Pasha.
The staging was rich and detailed and managed to convey the feeling of train-in-motion.  I could imagine myself on the Orient Express, having my own personal adventure. The orchestra re-enforced the idea.  There is nothing like live music to enhance a performance.  I enjoyed myself and came out happy.  Need I say more?  A grand, glorious and FUN NIGHT at the opera.


The opera continues this week thru May 6, 2012 with two afternoon performances.  This English done opera is a great opportunity for amateur opera attendees to get their feet wet and love it. 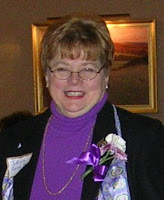 JoAnn Forrester is the Host of Empress of Biz, Reinvent in Rugged Times, a business Talkcast syndicated on PPLMag, Pittsburgh's First Internet Radio and TV Network.  You can hear JoAnn at Business friends every Thursday at 9 AM on the TalkShoe network or archived later at:  http://pplmag.com
Posted by Unknown at 4:02 PM