Roving Pittsburgher Report, Highmark Holiday Pops at PSO, Something for Everyone This Holiday Season

Roving Pittsburgher Report, Highmark Holiday Pops at PSO, Something for Everyone This Holiday Season

Friday evening, December 12, 2014, was incredible as my guest and I sat in the 5th row from the stage and were not only able to listen to wonderful PSO Holiday menu of excitement but also see the expressions on Santa's face. That part was PRICELESS.  Highmark Holiday Pops --what a way to jump start your holiday season, if you haven't attended put this one on your immediate holiday "to do" list. You can still see the Holiday Pops December 20 & 21.
The stage was resplendent with two beautifully designed vintage looking trees and Todd Ellison was in rare form, sporting his clandestine Steeler lining inside his white dinner jacket. His legendary stature was only dwarfed by the amazing 25-foot tree in the Grand Lobby!

It's easy to see why Todd Ellison is "Hailed by the New York Times as one of “Broadway’s Electric Conductors,”--one of the most accomplished and sought after music directors working today.  He is charming, energetic, and witty and knows how to connect with the audience.  And the Mendelssohn Choir, well as Todd said, they look great for singing together for over 150 years and sound great also.
The concert started off with a resurgent "wow" with "O Tannebaum" and then the choir delighted the audience with "Three Ships." But the experience was moved into the "supernatural" with the absolutely heavenly rendition of "Ave Maria."  Ryan Vasquez was just signed for his first Broadway musical and it's easy to see why.

Then on a lighter note four lovely young ballerinas from the Pittsburgh Ballet Theatre School performed a Musical Snuff Box to Opus 32. This was the most delightful gift of dance that the Ballet Theatre could have given the audience.  It was fresh and Christmassy and made one smile.

We really enjoyed the "high-low" progression of the concert as Kate Shindle's breathtaking voice filled Heinz Hall with "Love is Christmas." There was not a corner of the hall that was not permeated with joy as she sang. 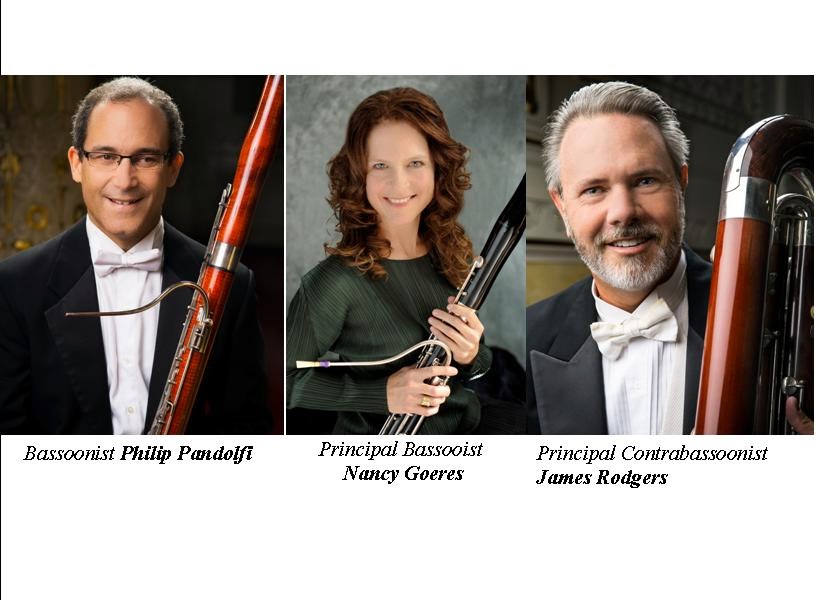 Of course the treat after that with "Bassoon It Will Be Christmas" was both unique and delightfully entertaining as principal Bassoonist Nancy Groves and Bassoonist's Philip Pandolfi and James Rodgers took to the front of the stage. We know the bassoonists are there but featuring them was a stroke of absolute genius and one of the most memorable moments of the entire performance.

And the comic relief of Santa singing the "Christmas Alphabet" hit the bull's eye.  Since he never took off his Santa beard, I am assuming that Christopher Sanders played Santa and he did it deftly with verve and an ebullient Santa style.  His dance antics were right on also.

Finally, what a way to go off to intermission as the Choir filled the hall again with the "Hallelujah Chorus" from Messiah.  What Christmas concert would be complete without it?
After intermission just in case you were beginning to be ready for a lullaby, not so!  A rollicking polka brought the audience back to life with "Trisch-Trasch (Chit Chat) from Opus 214 by Johann, Jr. Strauss. 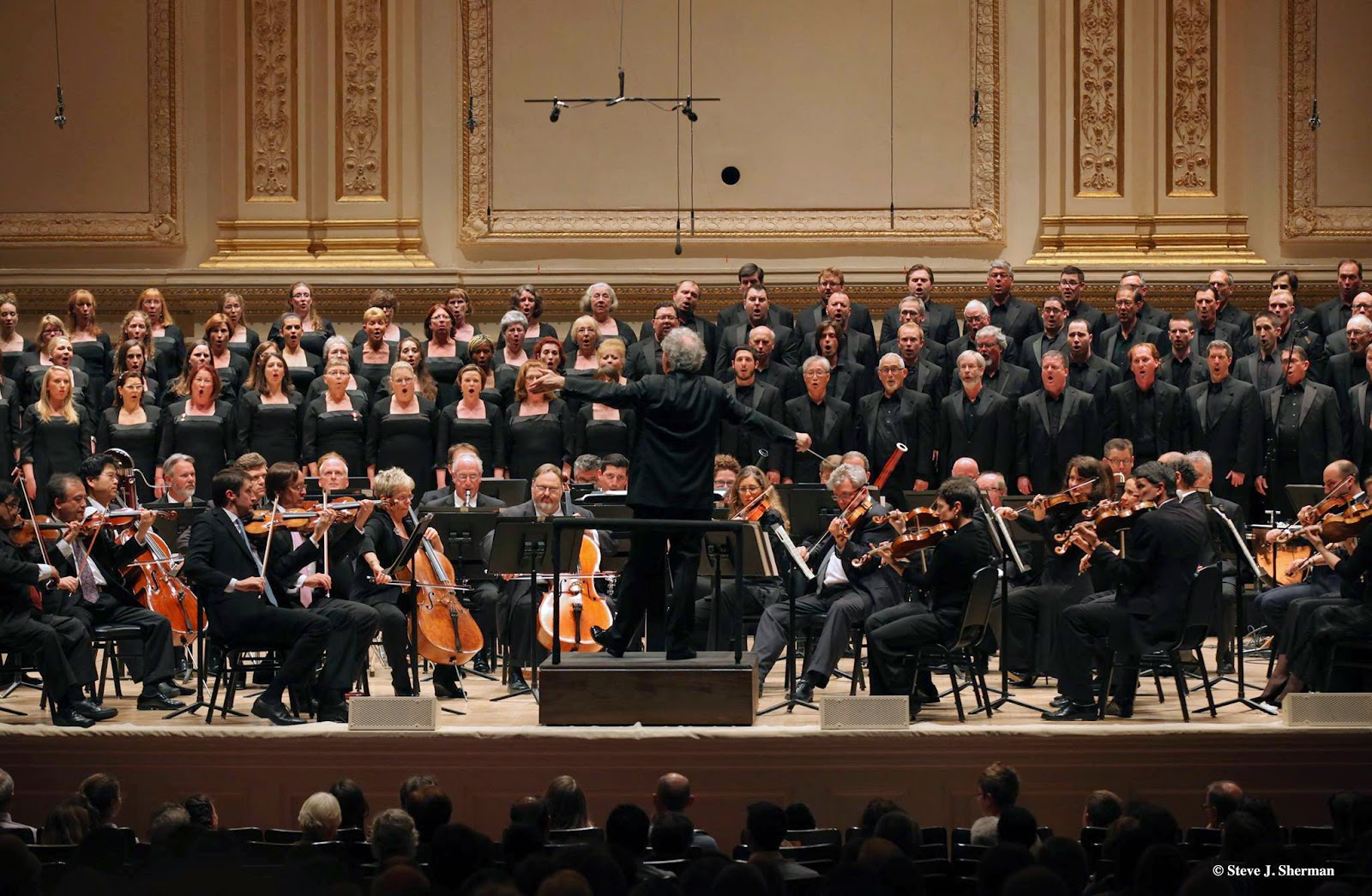 And what PSO Concert would be complete without a wonderful tribute to the renowned Marvin Hamlisch as Ms. Shindle sang "Chanukah Lights."

Continuing on the path of "something for everyone" the symphony played a rousing version of "The Night Before Christmas" as artist and cartoonist Joe Wos plied his art on the large screen and the velvet voice of WQED's Jim Cunningham narrated.  This portion of the show along with Santa delighted kids of all ages in the audience.
After that we were again treated to the absolutely edifying voice of Mr. Vasquez in "Have Yourself a Merry Little Christmas" followed by Ms. Shindle and Mr. Vasquez in "The Prayer."  The thing that I loved about their rendition is that neither was dwarfed by the other as both are equally strong talents and blended perfectly.
Not finished yet, the stars of the show and the PSO and the choir and Todd Ellis also lead the audience in a traditional sing along.  What a way to finish the evening just before the very traditional "We Wish You a Merry Christmas."

As we were leaving the theater the Pops Talk on stage was going on and what do you think was the biggest question, "Where and how did you get the Steeler lining for your dinner jacket?"  Hey it's not the Steelers but this reviewer thinks the Holiday Pops has the chance to be the second biggest tradition during the winter season in Pittsburgh. 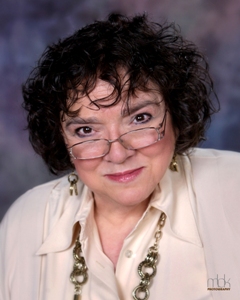 blogger, author and internet radio and TV network editor and publisher. Joanne is the owner and CEO, Creative Energy Officer, of Dreamweaver Marketing Associates, a successful Pittsburgh-based marketing company. She is a grandmother and great grandmother, an unlikely trendsetter for online journalism and broadcasting. Joanne is internationally known as the “Get Your Google On” Gal. But better known as Techno Granny™ to over one million accumulated online listeners worldwide. Joanne has created a revolutionary online NEW MEDIA platform in Internet broadcasting, blogging and other social media participation that represents the new second generation of World Wide Web interactions, known in technology circles as Web 2.0. JQS is the online publisher of PositivelyPittsburghLiveMagazine.com, an online community magazine to disseminate the Positive News for Positive Pittsburghers. PPL Mag is Pittsburgh’s First Internet radio and TV network with syndicated channels and online radio and TV capabilities.