Michael Bolton Holiday and Hits with the Pittsburgh Symphony

with the Pittsburgh Symphony

The show opened with the very impressive Pittsburgh Symphony Orchestra. They played: "Flight to Neverland" from "Hook," Suite from "The Polar Express" and a medley of familiar Christmas Carols. What a symphonic treat for the audience. 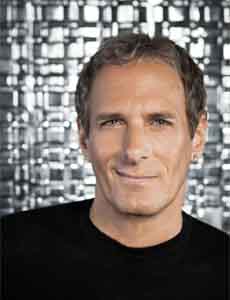 with his very talented band! The crowd was eager to hear him sing and shouted, Pittsburgh loves you! Bolton was very comfortable with the audience and even invited the audience to take pictures during the concert. His voice was incomparable as he sang songs from various musical genres, including, "Said I Loved You…But I Lied." He is quite the entertainer!

Bolton showcased each of his band members: a female musician on trumpet, along with musicians playing saxophone, electric guitars, piano and drums. A female singer named, Kelly, sang with him on selected numbers. Michael started out singing familiar soft rock tunes and some classic Christmas carols. He delivered a powerful, yet gentle rendition of Irving Berlin’s, "White Christmas,"  but then he got the crowd going with "Sweet Home Chicago," which he said was one of his childhood favorites.

He also performed the aria, "Nessun Dorma," following a very tender tribute to his deceased friend, Luciano Pavarotti. The aria showcased his vocal range and the beauty of his voice. Bolton sang, "Ain’t No Mountain High Enough" from his new Motown album along with Kelly. The number one hit single which he wrote for Laura Brannigan, "How Am I Supposed To Live Without You," was definitely one of the crowd favorites. However, the highlight of the evening was when he sang "When a Man Loves a Woman" and then the audience gave him a standing ovation! It was quite a night and Michael is as handsome as ever!