I knew that The Book of Mormon set record highs for Broadway ticket prices, won nine
Tony Awards, and garnered in rave reviews from theatre critics, so when the opportunity
arose, I had to go see this musical for myself.


was the most witty and crude, heartwarming and hilarious musical I’ve been to.

I’d think that Mormons must be skeptical when they hear this show was written by the
South Park creators, and for good reason. The duo is well-known for their slapstick vulgarity
and has left no religion, politician, or celebrity spared. But while the show gives a serious
ribbing to some of Mormonism’s quirkier beliefs, a non-Mormon leaves the show with the
feeling that, in general, Mormons are enthusiastic, sincere, good-hearted, and somewhat
naive people who also believe some strange things. And don’t we all?!

This show follows a pair of energetic Mormon missionaries who get sent to Uganda.  They
start off with all the answers, ready to free the world from suffering. However, they are soon
confronted with the harsh reality of Ugandan life like AIDS, warlords, famine and struggle to
make their message applicable to the challenges facing the locals. When their idealistic
mindset clashes with real life, they are forced to think hard about the meaning of religion and to
‘improvise’ to make things work. The result is loads of thought-provoking interaction and
non-stop laughter. One moment you’re in tears laughing, the next moment your jaw is hanging
open and the next you’re in the feel-good musical of the century.

There is a lot of shock factor. But most of it is deeply connected to the messages the musical
aims to get across. Watching a tribe of Africans dancing around the stage cursing God might
sound like nonsense at first glance, but the things they’re saying give a lot of insight into a
worldview that contrasts sharply with that of the young missionaries. When an African man
leaps in front of two missionaries giving a first discussion and sings at the top of his lungs, “I
have maggots in my scrotum,” it serves not just for shock factor, but also to suggest the
seeming irrelevance of their message in solving his real-life problems.

Many Mormons worry that their religion is misrepresented in the musical, and would probably
have mixed feelings on the way it’s portrayed. The writers did nail Mormon culture, from the
enthusiasm of young missionaries (“Two By Two”) to the Mormon guilt complex (“Spooky
Mormon Hell Dream”). Of course the writers take the unique aspects of Mormon culture and
exaggerate them to the ‘nth’ degree.

From the very first number (“Hello”), the audience completely falls in love with the missionaries,
and gets to see the mission experience through their eyes. Many people have negative feelings
towards missionaries knocking on their doors. But after walking for a couple hours in the
missionaries’ shoes, one leaves with a greater sense of their desire to ‘do good’ and of the
discomfort they too feel when knocking on strangers’ doors.

This show is about religion in general, and Mormonism is just the vessel. It’s about going out to


change the world when you’re young and enthusiastic and realizing that things are a lot more
complicated than you thought.  It’s about how belief can unite people, give hope and inspiration.
In the end, the message is that no matter how silly a religion may sound, it’s the good it inspires
in people that really counts.

I’d say this show is definitely not for everyone. But if you have thick skin and don’t mind the
edginess, seeing this show may be one of the most entertaining nights of your life. For those
choosing not to see it, rest assured that it’s a more thoughtful show than you might have
assumed, even with all the profanity.

Deciding to attend?  You can still catch the show from today thru April 7, 2013 at the Benedum Center.  Tickets available HERE. 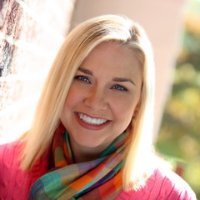