Turban Groove, Black Mahal and Godfather of Dohl in Pittsburgh

Black Mahal and Godfather of Dohl in Pittsburgh

A few weeks ago (7/13/2012), I went to the Thunderbird Lounge in Lawrenceville, PA to watch the Banghra dancers.  Sid Pandit, my videographer, has a Banghra dance troupe.  So I went to support him and the troupe.
I must admit that when I went to get his grandmother a coke, the dance troupe started and I couldn’t watch the troupe dance because the stairs leading to the second floor were jammed with fans.   I later apologized to Sid.
The  band, The Black Mahal, from San Francisco, performed.  Now although I have seen and heard Bollywood films and heard the music, I never thought that I would ever see a show with the Godfather of Punjab funk! Part P-Funk, partly Punjabi-Funk, The Black Mahal is a live music experience complete with drums, DJs, horns, hip-hop MCs, and the godfather of the Dohl – Ustad Lal Singh Bhatti.
I met the Godfather of Dohl, prior to the show.  Although I was not aware that this man was the Godfather of Dohl, I was aware the he was a Seik by his turban.  A very gentle man who blesses you when he meets and greets you!  After doing some research, Lal Singh Bhatti has performed for a lot of Presidents.
It was an incredible show of funk, jazz, Punjabi-Funk!  The Black Mahal is a band that gets you on your feet and makes it fun.  They did their hit “Save the Flavor” which really brought smiles to everyone.
This is a must see band!  The experience is awesome.  What impressed me the most is they brought their version of the terrible towel and passed them out to everyone!  Such respect from a San Fran group performing in the Burgh!
Turbin Groove! 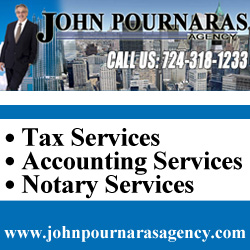 John Pournaras is the owner of 63 year old family accounting business in Ambridge, Pennsylvania.  He is an accountant and info marketer who has invented a trademarked system for Notaries and Accountants to Market Their Business Year Round.
John Pounaras Agency
651 Merchant St
Ambridge,, PA 15003
(724) 266-7078
http://johnpournarasagency.com