Roving Pittsburgh Report, Cocktails and Cuisine, A Magical Night in an Idyllic Setting

A Magical Night in an Idyllic Setting 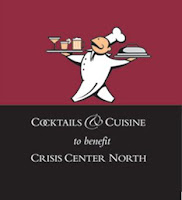 “The judge said: ‘Lady, just because he hurt you, doesn’t mean he’ll hurt his own kids.’ But then, he murdered my little babies.”

These words hung quietly in the warm spring air over the hundreds of people gathered for “Cocktails and Cuisine”, the popular annual fundraiser for Crisis Center North, which was held on May 15th from 6-pm at The Woodlands of Bradford Woods.  Crisis Center North is a nonprofit domestic violence counseling and educational resource center, which has served the community since 1978. Their mission is to empower victims of domestic violence and cultivate community attitudes and behaviors that break the cycle of violence. All monies raised from this event goes toward providing victims of domestic violence the advocacy and support needed to chart a path toward safety and self-sufficiency. 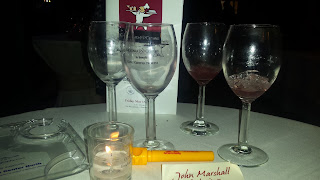 Libations were plentiful and provided by the generosity of sponsors 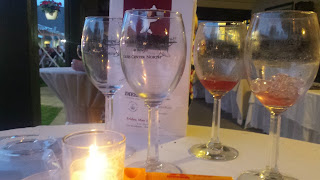 The evening’s festivities under the tents included live music from one of Pittsburgh’s favorite jazz singers, Antoinette. Jon Burnett, broadcaster at KDKA TV, served as Master of Ceremonies for The Northern Star Awards Presentation. Every year, Crisis Center North recognizes the contributions of key individuals and community groups who support and further the mission of CCN.  This year’s honorees included Individual Honoree Lisa Wagner, for her fundraising and community awareness efforts;  Community Award Honoree UPMC Health Plan for their community support and advocacy programs; System Honoree Shaler Township Police Department, for their multiple large-scale projects for education and prevention initiatives, as well as betterment of the criminal justice system; and Lifetime Achievement Honoree Anna Belle-Few, who has provided vision and leadership to CCN for 37 years.

The live auction, hosted by the renowned husband and wife emcee duo, Paul and Beth Kelly of Orlando Florida, included such crowd pleasers as an all expenses paid trip to the Castles of Ireland. Guests also enjoyed an eclectic array of upscale items in the silent auction including jewelry, spa baskets, jewelry, sports collectibles, a barrell of booze, theater tickets and weekend get-away packages. 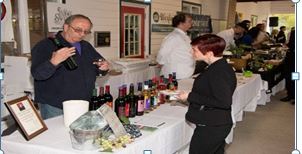 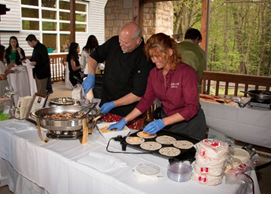 This much anticipated fundraising event draws celebrated chefs from local caterers and fine dining restaurants throughout the region to compete for
“Best Overall Taste Treat” and “”Overall Favorite”.

Silent Auction Guests were treated to a wide array of goodies, including spa packages, jewelry, sports collectibles, a barrell of booze, theater tickets and get-away packages.

The early spring Pittsburgh weather could not have cooperated more for the evening’s festivities!