Learning to LIVE through PIPPIN

My husband and I got tickets at the last minute.  Its busy during the week but I thought 'you only live once!' oh what a cliche! Convinced my husband to treat me with 'us' time and off we went... oh my...


Did not know what we were going to see... we are both first generation Indians that are still getting culturally Americanized! While walking from the parking garage to the Benedum I was able to hear a lot of chatter from the audience that had seen the Original Pippin and were all without fail excited at the prospect of seeing the original lead for Pippin arrive here in our very own Pittsburgh to play the part of the father of Pippin...In 1972 the starring role of Pippin was played by a virtual unknown, John Rubenstein.  Now Mr. Rubenstein an actor, composer, director and educator is back as the royal father of Pippin. Even as we sat down, the people behind us were commenting the same... We were excited about seeing acrobats... but what we actually saw and experienced was just astounding - a feast for the eyes - a smorgasbord for all of the senses... we had trouble focusing on one performer for long as so much kept happening at the same time. The performers filled the stage inch to inch with color action style all choreographed to timely perfection by Tony Award nominee Chet Walker in the style of Bob Fosse and circus creation of breathtaking acrobatics by Gypsy Snider of the Montreal-based circus company Les 7 doigts de la main.

Pippin also has a unique connection to Pittsburgh.  According to Playwright, Stephen Schwartz,  PIPPIN began as a show for the Sotch 'n' Soda club at Cargnegie Mellon University in 1967.  At that time Scotch 'n' Soda produced an original musical every year and he had written songs for two previous musicals. Schwartz had a friend, Ron Strauss, who had an idea to write a story about Carlegmagne's son launcing a revolution agains this father and had begun to write a musical about the idea.  So Schwartz and Strauss collaborated right here in Pittsburgh to create PIPPIN which became the most nominated Broadway show of 2013, won four 2013 Tony® Awards including Best Revival of a Musical.


Pippin a journey of self discovery that draws you in to wonder about your own life... And I will never be able to do justice to the performance of the cast in their singing... they all carried strength, clarity, but most important of all all of them were in the 'zone'. I could not help but be drawn in completely... IMPRESSIVE is an understatement... 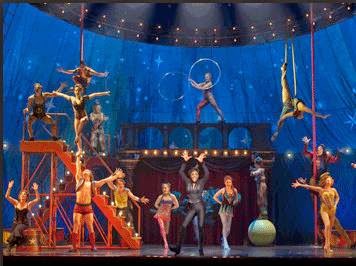 And as for the original Pippin -well at this age he has an impressive stage presence and voice - oh I wonder and wish I could have seen him in the original version... I firmly believe that Cirque de Soliel has fierce competition in this troupe!

My husband and I are honored to have witnessed this feat of performance brought from Broadway to the Benedum... allowing us to enjoy such excellence in the comfort of our home town! The show swings through the Benedum from January 20 – 25, so be sure to grab your tickets for this unforgettable show! 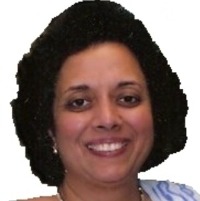 Sunita Pandit, host of Mrs. Cardiology which is an anchor podcast at http://pplmag.com is also the practice manager for her husband Santosh Pandit's private cardiology practice in the North Hills of Pittsburgh, she is also the Health Director on the Board of NAWBO Greater Pittsburgh.
Posted by Unknown at 3:10 AM