"Killer Queen" Comes to Life in Rock Musical, "We Will Rock You!"

From Scaramouch to the Killer Queen, “We Will Rock You” was an amazing, entertaining and unique departure from the “just another tribute band.” The musical truly recaptured the artistry and drama of Queen. The worldwide smash hit ‘rock theatrical’, Queen and Ben Elton’s “We Will Rock You,” built around 24 of Queen’s biggest hits, opened  at the Benedum Center (October 29), and TechnoGranny was there not exactly knowing why.


My guest and I thought we were going to a tribute concert to Queen; obviously I read the press release on air and was brain dead.  “We Will Rock You” takes place on a futuristic planet once called Earth that is now controlled by a mighty corporation. The ruler of this planet is half human and half pixilated and pardon my expression but a “bad-a_ _ _d b_ _ _h.   Globalization is complete. Individuality is taboo. Everyone watches the same movies, wears the same clothes and thinks the same thoughts, especially the Ga Ga Girls.  Music is generated by the corporation’s computers, rock music is unheard and all musical instruments are banned. But there is hope in a resistance with names like “Buddy Holly and the Crickets” and mangled names of Rockstars like Pelvis instead of Elvis as the King of Rock. This is a band of rebel Bohemians, waiting for a hero to lead the battle to bring the power of rock back to the people.


Gotta tell you that my guest was concerned when he saw the first female vocalist Scaramouch (Ruby Lewis) belt out her duet, “I Want to Break Free,” with Galileo (Brian Justin Crumb.  I could hear other saying, “Girl in Queen?” At intermission he said, “I thought “this can’t be right’ and then I decided to sit back and enjoy it.” Enjoy it we did.  It’s easy to see why in its 12th year in London and seen by a staggering 15 million people worldwide, this hilarious, multi-award-winning and record-breaking phenomenon is still running.  The show is written by celebrated British comedian Ben Elton and what a killer score.  Speaking of killer, spoiler alert:  The rebel alpha male, named Brittany Spears dies in the movie while saving the hero Galileo Figaro.

If you are not a person with your car radio on all the time then you will be surprised and reminded of fantastic Queen tunes that you just can’t resist singing along to, such as “Another One Bites The Dust,” “Crazy Little Thing Called Love,” “We Are The Champions,” “Bohemian Rhapsody” and, of course, “We Will Rock You.”

My favorite character is the Killer Queen (Jacqueline B. Arnold) 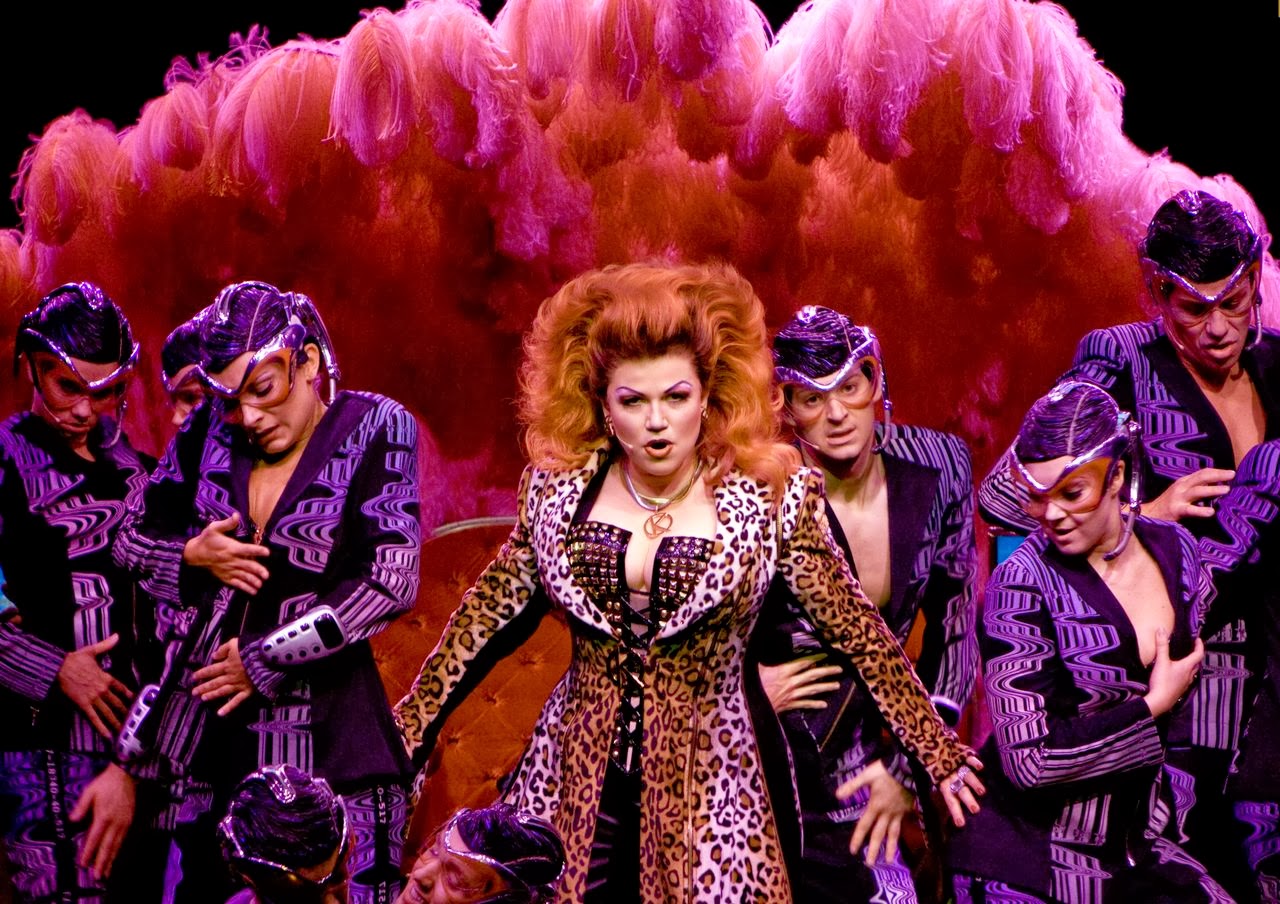 and her outfits were also “killer.” Music aside I sat wishing I had her outfits in the eighties. Her robust performance was actually reminiscent of a combination of Grace Slick and Tina Turner.  Queen was so dramatic and the show likewise does not lack show-stopping, stellar artistry and a theatrical presence that keeps the audience upbeat and involved from start to end.

Just as you think the show is over and you say to yourself, “Something is missing here!”  A message comes across the stage, “Are you ready for Bohemian Rhapsody?”  Many of us had to rush back to our seats.  What a finale! 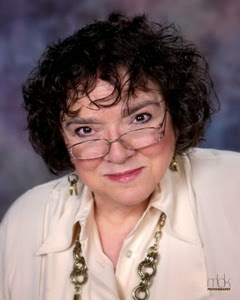 Joanne Quinn-Smith, Award winning internet radio broadcaster, blogger, author and internet radio and TV network editor and publisher. Joanne is the owner and CEO, Creative Energy Officer, of Dreamweaver Marketing Associates, a successful Pittsburgh-based marketing company. She is a grandmother and great grandmother, an unlikely trendsetter for online journalism and broadcasting. Joanne is internationally known as the “Get Your Google On” Gal. But better known as Techno Granny™ to over one million accumulated online listeners worldwide. Joanne has created a revolutionary online NEW MEDIA platform in Internet broadcasting, blogging and other social media participation that represents the new second generation of World Wide Web interactions, known in technology circles as Web 2.0. JQS is the online publisher of PositivelyPittsburghLiveMagazine.com, an online community magazine to disseminate the Positive News for Positive Pittsburghers. PPL Mag is Pittsburgh’s First Internet radio and TV network with syndicated channels and online radio and TV capabilities.
Posted by Unknown at 7:32 AM